John Cobb's "Jesus' Abba: The God Who Has Not Failed"


I enjoyed the experience of reading this book very much, even though at times I found Cobb's arguments to be a bit over the top. I especially liked the way he described God as involved but not coercive, and his use of Jesus’ worship and God-relation as a model for our own. 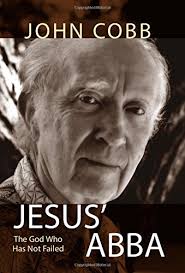 I was less impressed by his characterization of the contemporary worldview in only highly positivistic terms. To my mind, his argument that the modern world—well, at least the university—cannot conceive of humans as agents, but only as billiard balls set in motion by past events, is a straw  argument. And the further conclusion, that this makes it impossible for all of modern society to take God and God’s dreams for humanity into account, is overreaching. I get that there is a strand of militant atheism that preaches this; but I’m also impressed by the many philosophers (especially continental—but not all, witness Plantinga, for example), theologians, post-modern critics, and even Marxists who have a much greater appreciation for human agency, if not always for God’s agency. His turn to highly contentious figures on the fringe of today’s philosophical discussions (Robert Sheldrake) and Lamarckian evolutionary ideas (not to be totally dismissed given recent findings, but still controversial, and if relevant, then only in a minor way), and even parapsychology, is disappointing.

When he turned back to his main thesis—that God is more like an Abba, one whose power is for freedom rather than coercion--his writing is much more thoughtful. His musings about what this might look like in politics, in churches, and in society as a whole are very suggestive and helpful. I found his personal testimony about his retirement community to be quite touching and hopeful. It isn't that no one else has said such things before. But coming from Cobb nearer the end of his life, as a testimony almost, they have power and immediacy.

I struggle a lot with what to make of God in a world so divided by power, class, wealth, war, and ecological disaster. I’ve been aware of Process Theology answers more on the fringe of my consciousness than as a studied alternative. I think this is because I was, for so long, immersed in Reformational/Kuyperian thinking, and then later in post-modern musings. I will have to take a closer look at this alternative, and will do so. Cobb was obviously a good place to start. I’ll dig a bit deeper now.


I should have said so earlier, but I'm on a vacation hiatus till September. See you then!